Getting Tickets for the Michael Jackson Memorial service 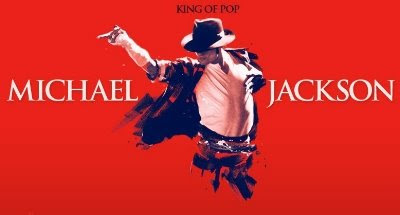 San Diego California-- Today a very nice friend mentioned that she had won the opportunity to attend the Michael Jackson Memorial service to be held tomorrow July 7 at the Staples Center, Los Angeles. I congratulated her and jokingly asked her about her moon walking skills. After a brief discussion, she mentioned that she could not go and if we were interested. Without much hesitation I said YES. I can't say that I am as big a fan as I was in the 80's and 90's but his music does bring back some fond memories and allows me to relive some of the best times of my teenage and young adult years. My kinda smooth attempt to moon walk, do the Michael spin, and the rest of his dance moves were part of that time in my life. Also for me he was the most talented and creative singer, dancer and entertainer of my life time.

So anyway. After I said yes to the tickets, the real work began. I had to go pick up the voucher from her house and then drive about 2.5 hours to Dodgers Stadium in Los Angeles to pick up the tickets. The drive was uneventful except for the LA traffic that makes the trip longer and more boring than it should be. As we pull up to Elysian Park Ave to head into the stadium, we and all the cars making our way into the stadium are greeted by a bunch of fans begging and pleading for our ticket vouchers. They had signs that read 'I came from xyz place for Michael. Please give me your voucher' and one read 'I can't afford the scalpers prices look at the economy. Can I have your tickets?'

There were cops every where. A cop checked my voucher on one corner and then another cop checked it again at the next corner. A half a block later, a security person checks my voucher to allow passage to the gates of Dodger Stadium. At the gate they scanned the bar code on the voucher and give me some semi-intelligible instructions as to what to do next. I drove about 30 to 45 seconds to where the tickets were being handed out and one more check of my voucher.
I finally entered the real "holding area" of the tickets. First I am asked for my voucher again and I am handed two golden colored wrist bands. Then as I ask for my tickets I am told to pull up to the next line. That is where the golden tickets are. There are 2-3 police officers assigned to each person handing out the tickets. So as I approach I have my voucher ready. The person snatches my voucher and rips it. Just as I am about to jump out of my car and put him in a head lock, he pulls out the 2 tickets and hands them to me. He says "It starts tomorrow at 10Am. Enjoy!". As I pull away and exit the stadium parking lot, I think to myself ...Enjoy? Enjoy? What do you mean enjoy? This is a memorial service right? But then I remember this is not going to be any ordinary memorial service. I'll tell you all about in a day or two.