Trading Places: A Smart Way to Change Your Mind 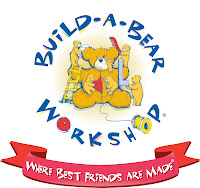 Trading Places: A Smart Way to Change Your Mind
by: William C. Taylor
How's this for a neat idea about where to find new ideas and apply them to your business? Maxine Clark, founder and CEO of (publicly traded) Build-a-Bear Workshop, switched companies for a day with Kip Tindell, cofounder and CEO of the (privately held) Container Store. Both outfits are big, fast-growing, passion brands in the ultra-competitive world of retail — although they have little in common in terms of target customers, in-store zeitgeist, or corporate missions. Yet those differences are precisely what made the CEO switcheroo so valuable: When the two leaders spent a day working on the front lines of each other's operations, they encountered all kinds of ideas about merchandising, employee motivation, and in-store communication that worked in one place, and might just work in the other if those ideas were exported to and adapted for the new environment. 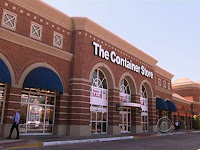 To give credit where credit is due, neither Clark nor Kindell had the original idea for this clever exercise in idea-swapping. In fact, credit goes to the editors of Fortune magazine, who were assembling their annual "Best Companies to Work For" issue. Build-a-Bear and Container Store both made the cut (Container Store is a perennial) and the editors thought it would be a neat trick if two CEOs on the list traded companies for a day. They were right; it was a neat trick. But it was more than that — it was yet another example of the power of a whole new mindset about innovation.
I've seen it time and again: Leaders who are hungry for new ideas don't just aspire to learn from the "best in class" in their narrowly defined field. They also aspire to learn from organizations outside their field as a way to shake things up and make real change. Strategies and practices that are routine in one market segment can be revolutionary when they migrate to another, especially when those ideas challenge the prevailing assumptions that have come to define so many market segments.

Which is not to suggest that it's mandatory for CEOs to swap jobs in order to change their minds about how their companies can compete. In its wildly successful "Disruption Day" innovation process, TBWA Worldwide, the legendary advertising agency, uses what it calls the "CEO Hats" exercise to encourage organizations to get beyond their business-as-usual mindsets. Participants search for out-of-the-box answers to important strategic questions by reaching into boxes filled with hats, shirts, and other paraphernalia from breakthrough organizations such as Apple, Virgin, Target, and Southwest Airlines. They wear the attire and try to adopt the mindset of those free-thinking companies as they think about the big questions facing their companies.

"We define possible strategies for companies through the eyes and values and under the leadership of a different CEO," explains Laurie Coots, TBWA's chief marketing officer. "The sheer act of being free to think like somebody else gives you permission to generate ideas that you might not get to otherwise."

It's a fun way to make a serious point: There's no reason to gamble on untested strategies and ideas if you can identify and apply strategies and ideas that are already working elsewhere. Proven insights from one field can become a powerful force for innovation when they migrate to another field. "What better way to 'think different' than to think like somebody else, to wear someone else's hat?" asks TBWA chairman Jean-Marie Dru (and author of Beyond Disruption: Changing the Rules in the Marketplace). "These hats are representative of powerful personalities or company cultures that have proven themselves in the business world. We use the hats to deliberately create a little theater, to get people out of their workaday personae and transport them to a totally new way of thinking."

Indra Nooyi, the change-minded CEO of PepsiCo, has her own language to capture the same phenomenon. She describes the new logic of innovation as "lift and shift." That is, search for great ideas in unrelated fields, lift them out of the context in which they took shape, and shift them into your company. Which is precisely what Kindell and Clark did. According to Fortune, the CEO of the Container store was struck by the effectiveness of Build-a-Bear's "Strive for Five" sales technique — aiming to sell customers five items during their visit. The CEO of Build-a-Bear was impressed by how well the Container Store communicated with its front-line associates — lots of simple gestures that sent big signals through the ranks. Both CEOs vowed to apply these (and other) outside ideas inside their organizations.

Here's the basic message: You can't let what you know limit what you can imagine. As you try to do something special, exciting, important, don't just look to other companies in your field (or to your past successes) for ideas and practices. Look to great organizations in all sorts of fields to see what works with for them — and how you can apply their ideas to your problems. Do you have new ideas about where to find new ideas?


William C. Taylor is cofounder of Fast Company magazine and author of Practically Radical: Not-So-Crazy Ways to Transform Your Company, Shake Up Your Industry, and Challenge Yourself