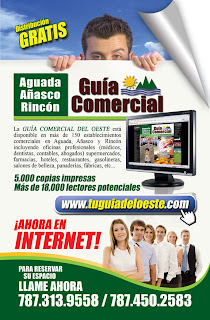 Washington, DC [CapitalWirePR] July 26, 2011 – Median household wealth among Hispanics fell from $18,359 in 2005 to $6,325 in 2009. The percentage drop---- 66%---- was the largest for any racial or ethnic group, according to a new report by the Pew Research Center's Social & Demographic Trends project. During the same period median household wealth declined 53% among black households and 16% among white households.
The Pew Research report provides the first look at how the Great Recession impacted household wealth. It finds that plummeting house values were the principal cause of the erosion in wealth among all groups. However because Hispanics derived nearly two-thirds of their net worth in 2005 from home equity and a disproportionate share reside in states that were in the vanguard of the housing meltdown, Hispanics were hit hardest by the housing market downturn.
The report also finds that the median wealth of white households is 18 times that of Hispanic households and 20 times that of black households. These lopsided wealth ratios are the largest in the quarter century since the government first published such data, and roughly twice the size of the ratios that had prevailed between these three groups for the two decades prior to the Great Recession.

These findings are based on a Pew Research Center analysis of newly-available data from the Survey of Income and Program Participation (SIPP), an economic questionnaire distributed periodically to tens of thousands of households by the U.S. Census Bureau. It is considered the most comprehensive source of data about household wealth in the United States by race and ethnicity.

The report, "Twenty to One: Wealth Gaps Rise to Record Highs Between Whites, Blacks and Hispanics," can be accessed on the Pew Hispanic Center website and on the Pew Social & Demographic Trends website.
The Pew Hispanic Center and Pew Social & Demographic Trends are projects of the Pew Research Center, a nonpartisan, non-advocacy research organization based in Washington, D.C., and funded by The Pew Charitable Trusts.