Lakers, NBA are reaching out to fast-growing Latino market 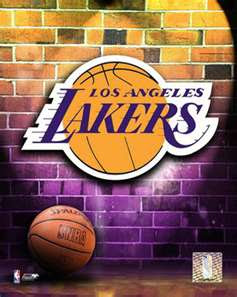 The Lakers just scored a slam dunk in the Latino market.On Monday the team announced a 20-year agreement with Time Warner Cable to create the nation's first Spanish-language regional sports network, with the Lakers as its centerpiece, starting with the 2012-13 season.The groundbreaking partnership is just the latest in a series of efforts by the Lakers and the NBA as they reach out to the fastest-growing segment of the U.S. population.

"If you're not able to connect with [Latinos], then where's your sport going to be in 30 years?" says Adam Jacobson, a Miami-based marketing strategist focusing on Latinos.The NBA, which has seen attendance drop for 14 of the league's 30 teams this season, has reached out to Latinos since 1995. But it began targeting the market with new focus 16 months ago when it launched éne•bé•a — Spanish for NBA — an initiative of Spanish-language websites and ad campaigns, specially branded merchandise and an expanded schedule of national Spanish-language TV broadcasts.The campaign will ramp up again this week during the NBA All-Star Weekend at Staples Center."We want to build lifelong fans. And you do that by building an emotional connection with your consumers," says Saskia Sorrosa, the NBA's director of Hispanic marketing. "We have a significant portion of our fan base that are Hispanic but we do want to grow that."Consider longtime hoops fan Billy Sanchez, a third-generation Mexican-American. When he got his first driver's license, he knew exactly where to celebrate: at a Lakers game."All I wanted to do was just go down to the Forum, find a scalper and buy tickets," he recalls. "And I did that quite often."Two decades and five NBA titles later, the team has left the Forum for Staples Center and Sanchez, 35, has no need for scalpers because he works in sales for his father's beer distributorship in the City of Industry and they have a luxury suite.

But his passion for the Lakers hasn't faded. "I've been a fan ever since I can remember," he says. "I watch every single game."Early returns suggest the NBA's campaign is working. The league says about one out of six NBA fans is Latino and this season the NBA's Latino TV audience has grown nearly 20%, drawing more than 9.7 million unique viewers on the six national networks that carry NBA games.Viewership is particularly strong when the Lakers play, a fact that was instrumental in bringing the Time Warner deal together. During last spring's NBA Finals between the Lakers and the Boston Celtics, the middle three games were seen in nearly one of every five Latino households watching television, according to Nielsen Media Research, and the audience for the seventh game was nearly twice as large.

"They're a popular team," says Sorrosa, who grew up in Ecuador watching Michael Jordan's Chicago Bulls on TV. "The [Lakers] have a legacy. They have Spanish-language radio. They have a Spanish-language website."In fact, a 2009 survey conducted for ESPN found the Lakers to be the most popular sports team among U.S. Latinos, beating out baseball's New York Yankees and football's Dallas Cowboys. And in Los Angeles a Scarborough Sports Marketing poll showed 44% of Latino adults identified themselves as Lakers fans."The big change is that it's moved from the L.A.-born, acculturated Latino to the recent immigrant that's come from Mexico. [He] is wearing the Lakers jersey," says Jim Kalmenson, president of KWKW-AM (1330), the flagship of the Lakers' Spanish-language radio network for 15 seasons. "They've surpassed the Dodgers as the most important local franchise in the Hispanic market.


"Credit much of that to timing. KWKW's first season with the Lakers, when the team essentially bought broadcast time, was Kobe Bryant's rookie season. "Superstars just seem to draw people in from all cultures," Kalmenson says.Yet the Lakers, bucking the NBA's approach, insist they have built that huge fan base by ignoring ethnicity in a city that is nearly half Hispanic. "There's no discriminatory policies against or for any group," says John Black, the team's vice president for public relations.Black calls it a "commonsense approach," where marketing is not focused on any particular community but on the basketball court and through social media sites. A recent survey ranked the Lakers as the fifth most-popular sports social-media entity in the world. (The NBA, with nearly 10 million combined Facebook fans and Twitter followers, is No. 1, Fast Company magazine says.)Still, the Lakers do aggressively pursue the Hispanic market. Even before the landmark TV deal this week, the Lakers were one of 12 NBA teams whose games were heard on Spanish-language radio, and last March the Lakers participated in the league's Noche Latina program by wearing jerseys that read "Los Lakers" during selected games.
Sixteen years ago, the Miami Heat was the only NBA team that had an active outreach in Spanish.Now other teams are following that path.The Orlando Magic set up a Spanish-language phone line, staffed its offices with bilingual employees and is broadcasting 19 games on Spanish-language TV. The Minnesota Timberwolves, in a state with a Latino population of under 5%, extended their contract to offer selected radio broadcasts in Spanish. And in Phoenix, where nearly one in three persons is Latino, the Suns have reached out through Spanish-language ad campaigns, community events and cultural programs on game nights.
These grassroots Latino campaigns have a local impact, but it's hard to gauge their impact in growing the NBA's brand nationally. The league declined to give revenue figures for the Latino market. And ESPN Deportes doesn't even sell ad time exclusively for its NBA broadcasts, instead offering packages to sponsors whose spots will run during a variety of programming, including basketball games.In contrast, the Lakers were the focal point of a lucrative bidding war for TV rights — in both English and Spanish — before settling on Time Warner, a deal that will make the vast majority of Lakers games available on Spanish-language television.The Lakers are clearly an exception, because it is a rare team whose following spills beyond the immediate borders of its local market.And that is paying off in other ways, as well. The NBA's growing roster of Spanish-speaking stars — which includes Lakers All-Star Pau Gasol — helped lure overseas partners such as Spanish banking giant BBVA, which signed a four-year, $100-million sponsorship deal with the NBA in September.
Jose "Pepe" Mantilla, the color commentator on the Lakers' Spanish-language radio broadcasts, also tells about visiting his family in Oaxaca, Mexico, where, in the dusty town plaza, was a weathered basketball backboard with a Lakers logo painted on it. "That's amazing. Whenever you mention the word 'Lakers' people know what you're talking about. Anywhere in the world, anyplace where they speak Spanish.
"Closer to home, Rick Murillo, a 45-year-old Lakers fan from Alhambra, has been a fan from the team's Forum days.For him it's not a question of marketing or ethnicity. Or even winning. It's about loyalty. "My dog's named Laker," he says with a smile. "So I'm not going anywhere."