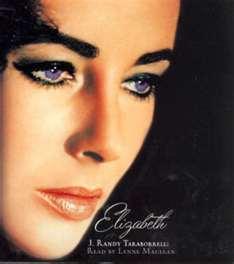 An American Film Icon passed away today, Elizabeth Taylor. In the midst of the nice tributes are the attention seeking _____ (fill-in the blank) people who focus on the human things about her.  To those people I say look in the mirror and realize that your closet has a few (or many) items in there.  We all do!
Now I can't argue these items.  Ms Taylor was sexually liberated in an era when woman "didn't have sex".  She challenged studios when they had the power.  She had a strut about herself when actresses were second to their male counterparts.  She even befriended Michael Jackson during a period when most were running from him.

But her biggest contribution as a human being may be her dedication to the AIDS cause.  She brought in her powerhouse name and status to help educate during a time when ignorance about the disease and the disease itself was out of control.

I don't know what it is to be in the spotlight every where you go.  So I am sure the anxiety of being on your game can take its toll on a superstar like Ms Taylor.  She was always elegant and classy.  So if you have anything negative to say why don't you say nothing.  If you don't know what to say, learn about her and then say a prayer for her.

She may have been different but she did a whole lot of good.  So remember her as a great contributor to American society.