The World’s Most Misunderstood Consumer Brands 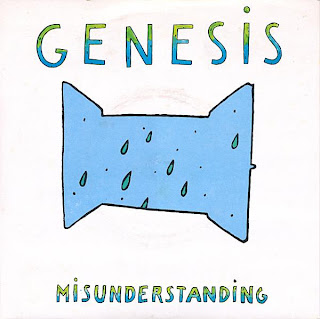 The process of brand valuation is more an art than a science, or at least that is the conclusion of research done by 24/7 Wall St. The most well-regarded “brand evaluators” rarely come up with similar figures–except for among the very largest brands. Some of their opinions diverge dramatically.

24/7 Wall St. looked at the brand valuations and methodologies of BrandZ, Interbrand, and Brandirectory. The first two list 100 brands each in their public studies. Brandirectory lists 500. Each would defend its valuations which use different “black box” systems for calculating value. That is probably because all three charge hefty fees for their services.

The explanations for their methodologies are even more convoluted.

Here is what BrandZ says: “The brand value published is based on the intrinsic value of the brand – derived from its ability to generate demand. The dollar value of each brand in the ranking is the sum of all future earnings that brand is forecast to generate, discounted to a present-day value. Given the high volatility of financial markets over the past 12 months, the brand value is in some cases high relative to current market capitalization, reflecting true value rather than current market swings.” Where is the heart of that exercise? It is impossible to say.

Interbrands has three criteria: “1) Financial performance measures an organization’s raw financial return to the investors, 2) Role of brand measures the portion of the decision to purchase that is attributable to brand – this is exclusive of other aspects of the offer like price or feature, and 3) Brand strength measures the ability of the brand to secure the delivery of expected future earnings.” Without the exact data that Interband uses and details of how it is arranged to derive a value, it is impossible say how its process works.

Brandirectory describes its methodology this way: “The methodology employed in the BrandFinance Global 500 uses a discounted cash flow (DCF) technique to discount estimated future royalties, at an appropriate discount rate, to arrive at a net present value (NPV) of the trademark and associated intellectual property: the brand value.”

All three brand valuation companies admit that sales play a critical role in brand valuation. All three claim that their forecasts of future contributions of the brands to earnings are part of their proprietary analysis. All link brand value to the overall value of a brand’s parent company.

Again, the most telling part of the comparison among the three firms is that they differ very little on the 20 most valuable brands. Oddly enough, the best way to highlight the flaw in the three valuations methods is to look at Marlboro. Its value is ranked seventh best by BrandZ at $57 billion, 18th on the Interbrand list with a value of $20 billion and 499th on the Brandirectory list with a valuation of $2.3 billion. Marlboro is the primary brand of both Philip Morris and Altria. Altria has annual sales of $24 billion. Philip Morris sales are $67 billion a year. Even in the most cerebral and bizarre world, Marlboro could not be worth as little as $2.3 billion.

24/7 Wall St., to make its point about whether brand values can be fairly measured, looked at ten brands which are ranked high on one of the three brand value lists and much lower on others. We considered the brand value from the lists, the extent to which each brand is internationally known based on overseas sales, total annual revenue, and in many cases the age and durability of the brand.

Each of the brands on the 24/7 Wall St. list is not only a well-known name in the US but also in most places around the world. A review of the BrandZ, Interbrand, and Brandirectory lists leads to the conclusion that most brands are not valued properly. The ten we have chosen are particularly notable because the so-called experts have widely differing views on how much they are worth.

% sales international: N/A
Market Cap: $18.45 Billion
Adidas, the German sports apparel company, had sales of just over $17 billion in 2010. The company is the second largest sportswear manufacturer in the world, behind Nike, and the largest in Europe. Parent company Adidas AG also owns the popular brands Reebok and Rockport.